The sites are being restored to flower-rich meadows suitable for Large blue butterflies, supporting south-west England as the stronghold of this species. 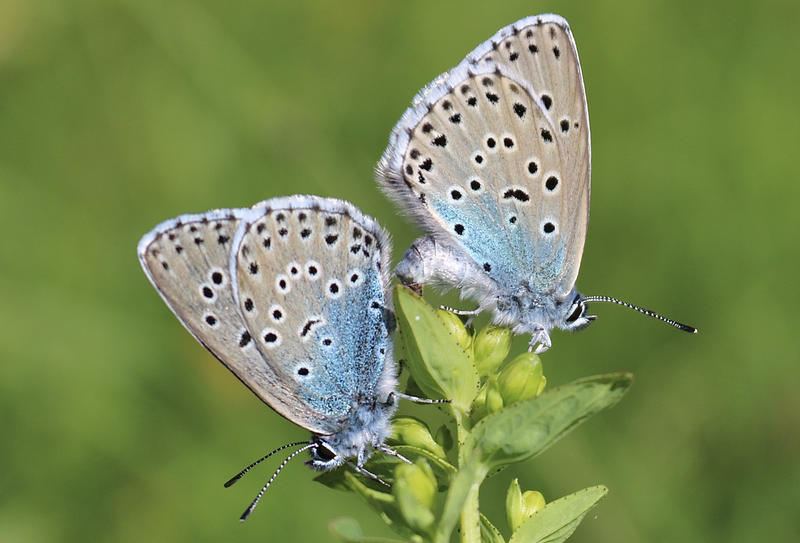 The once-extinct Large blue butterfly, reintroduced to the UK in 1983, flew in its greatest numbers since records began on the largest number of sites in 2022. Thanks to meticulous conservation management by a partnership of scientists and conservation bodies, south-west England now supports the greatest concentration of Large blues known in the world.

Twelve new sites are being restored to flower-rich meadows suitable for Large blue breeding, either ‘starting from scratch’ on arable land, failed conifer plantations and railway constructions, or by restoring bespoke grazing to degraded downland. Already, these support up to a third of the UK population of Large blues, up from just 7% in 2019.

Professor Jeremy Thomas, Emeritus Professor of Ecology, University of Oxford and Chair of the Joint Committee for the Re-establishment of the Large Blue Butterfly, studied the species for over 25 years, and spearheaded the successful reintroduction and reestablishment of the butterflies in the UK:

"The unprecedented success of this project is testimony to what large scale collaboration between conservationists, scientists and volunteers can achieve," he said. "Its greatest legacy is that it demonstrates that we can reverse the decline of globally-threatened species once we understand the driving factors."

These restorations of a disappearing type of wild meadowland have also provided ideal breeding grounds for numerous other rarities that share the Large blue’s habitat. Among plants, the extremely rare Pasqueflower and Cut-leaved self-heal have reappeared and/or spread under ‘Large blue management’, together with up to twelve species of orchid. 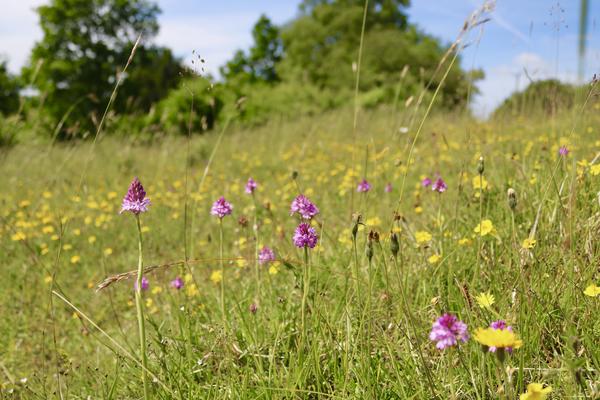 These restorations represent the largest and most innovative next phase of the re-establishment of the Large blue in Britain. Aside from the gains of other rare species, they are important internationally because the Large blue is listed as one of Europe’s most ‘Endangered Species’ of insect, and similarly worldwide. The twelve sites link or extend more-established populations spanning two landscapes in mid Somerset and, more recently, in the Cotswold Hills of Gloucestershire where a most promising toehold is now established.

After this promising start, the next phase of restoration – research and development to extend the Large blue and associated wildlife across three landscapes in its former stronghold of the Cotswold Hills and gain a greater understanding of the threats posed by climate change – will again be led by the Royal Entomological Society and funded by Natural England’s Species Recovery Programme.