In 1949 Tinbergen came to Oxford from The Netherlands as a lecturer and fellow of Merton College, later becoming Reader, then Professor of animal behaviour. He built up a research group which was to have a profound influence on the study of animal behaviour in the UK and around the world.

He is most famous for his work known as “Tinbergen’s Four Questions” which outline four questions – about causation, development function and evolution – that should be asked of any animal’s behaviour. These questions are now considered corner-stones of many biology disciplines and human sciences.

His greatest legacy is that he transformed the study of animal behaviour from a collection of anecdotes about natural history into a new scientific discipline. He stressed the importance of studying the behaviour of animals in their natural habitats, so that we could better understand animals ‘in their own world’, and reveal how and why animals behave like they do.

In 1973 Tinbergen was jointly awarded the Nobel Prize for Physiology or Medicine with Konrad Lorenz and Karl von Frisch for his fundamental work in animal behaviour and its potential wider applications. He was elected a Fellow of the Royal Society in 1962, and was also elected to many other National Academies.

The unveiling ceremony for the blue plaque brought together those who worked with Tinbergen as colleagues or students, such as Richard Dawkins and Marian Stamp Dawkins, and those continuing his work today, such as Oxford’s current Professor of animal behaviour, Tim Guilford.

"Niko Tinbergen’s influence within zoology and wider biology cannot be overstated. Alongside colleagues he is credited with establishing and refining the study of ethology on the continent, and he then played the major role in exporting the subject to the wider world. He richly deserves this commemoration." 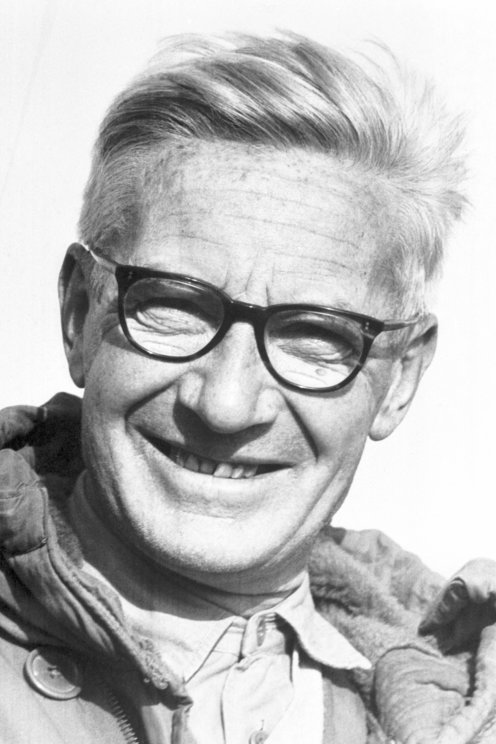