New research demonstrates that goldfish are a model system to investigate spatial navigation, and could help shed light onto how these systems evolved. 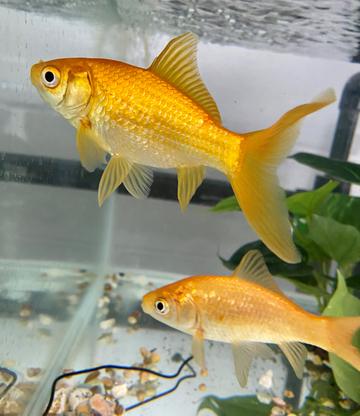 To investigate whether fish have similar spatial navigation systems to terrestrial species, researchers from the University of Oxford tested whether goldfish (Carassius auratus) could perform a task central to spatial mapping–distance estimation.

The study, led by Dr Adelaide Sibeaux, trained nine goldfish to travel a distance of 70 cm within a narrow tank covered with a repeating pattern of vertical stripes every 2 cm. On reaching the set distance, the fish were prompted by an external cue to turn around and swim back to the start position.

Most goldfish accurately estimated the set distance when the external cue to turn around was removed. When the background was altered to a pattern of vertical stripes every 1 cm (doubling the frequency of spatial information), goldfish overestimated the distance they travelled by 36%. This meant they turned before reaching the target distance.

When the background pattern was changed to horizontal lines, the fish swam a slightly shorter distance. Furthermore, the fish became more inconsistent in their estimation of distance, showing twice as much variation compared with when the background had a pattern of vertical stripes.

There was no difference in the distance swam when the pattern was changed to a 2 cm checked pattern, compared with the 2 cm vertical stripes pattern. These two patterns had the same frequency of special information. Consequently, this result indicates that it was the change in the frequency of the spatial information that affected the fishes’ distance estimation, and not just a change of pattern.

According to the researchers, the results indicate that goldfish estimate distances by visually streaming the apparent motion patterns of objects in the environment (called ‘optic flow’). Many terrestrial species are known to use optic flow to estimate distance, but goldfish appear to process the information differently.

Terrestrial animals, including humans, ants, wolf-spiders, and honey bees, estimate distances by measuring how the angle between their eye and surrounding objects changes as they travel. Goldfish, on the other hand, appear to use the number of contrast changes experienced en-route.

"We present robust evidence that goldfish can accurately estimate distance and show that they use optic flow to do so. These results provide a compelling basis to use goldfish as a model system to investigate the evolution of the mechanisms that underpin spatial cognition in vertebrates."

Read more about this research in Proceedings of the Royal Society B: Biological Sciences